Fall graces the Northumberland Hills with exciting vistas as the hillsides light up with the color explosions of autumn Maples, Oaks, Ashes and other Hardwoods in their finest Fall Hues. Spring & Summer tillings are in the midst of harvest and so its time to preserve Summer's goods. These Fall doings are part of the function & fun of Fall Fairs that mark the end of the growing season. Add in the artistic adventures of a Northumberland Hills Studio Tour followed by Trent Hills Gallery Hop and you have the makings of a lively Fall in the Hills.

Monarchs and Migrants Weekend runs August 30th & 31st, 2014 at Presqu'ile Park. The migration season will be underway at Presquile during the 30th annual Monarchs and Migrants Weekend at the park which celebrates this natural spectacle. Come and join us on the Labour Day Weekend to witness a spectacular scene repeated for millennia by migrating bird and Monarch butterfly populations. The birds and butterflies are stopping at the Park to refuel on their long journeys to the south. Their destination? Mexico to the tip of South America, and points between.

All Canadian Jazz Festival runs September 5th & 7th, 2014. The All-Canadian Jazz Festival Port Hope has earned popular and critical recognition as a showcase for the finest in Canadian jazz. The festival features establisned and rising stars tapping into the astonishingly diverse and talented Canadian jazz community. Welcome too is the location in Port Hope's Downtown Parks next to theater, dining, shopping and the Ganaraska river park walk.

Warkworth Fall Fair runs September 6th & 7th, 2014. This is the 164th annual Fall Fair in Warkworth. What caught this fair goers attention is the number of home craft exhibitions and classes: Making Fruits Pickles and Preserves; Garden Roots and Vegetables; 3 Home Baking Classes [in anticipation of the Warkworth Perfect Pie Competition later in the Fall?]. The Fair has a full share of farm events including Horse Show, Pig Racing, Jr Farm Challenge right in the midst of the Midway and a Beer Garden.

Port Hope Fall Fair runs September 12th to 14th, 2014. Farming, Food and Fun are the themes for the 2014 Fair. So new events include a demo of Apple Cinnamon Loaf baking, preparing & bottling preserves and vegetables, Antipasto recipes, and free soup to sample. And for entertainment there is Spin Cycle with hilarious variety routines; Mudmen, an eclectic rock band; plus Union Duke, a folk rock band. Of course there is the Vintage Car Show, Draft Horse Competitive Pull,Sheep Herding and Shearing Demos plus the Midway and Evening Concerts.

Northumberland Hills Art Studio Tour runs September 13th to 14th, 2014. Some of Northumberland Countys most talented Artists open their studios for you to explore. Our participating Artists are tucked away in historic towns from Port Hope, Grafton, New Baltimore, Castleton and throughout the beautiful Northumberland Hills - an opportunity to see the Hills new fall colors while on tour.

Brighton Applefest runs September 26th to 28thth, 2014. Brighton is plop in the midst of Eastern Ontario apple country with many orchards and roadside stalls. Brighton Applefest bears witness to the bountiful apple and farm culture. Most activities are centred around the main street including the street parade, BBQs, and a street fair. Other events include the mayor's cycle to the lighthouse, a 5K Run, the dog show, vintage car show and special for the festival's 40th year, two popular bands are performing Sept 26th: April Wine and Kim Mitchell.

Roseneaths Fall Fair runs September 26th to 28th, 2014. As to be expected, the fair has its full share of farm events and competitions from sheep & poultry contests thru Cattle and Steer Shows to Sheep-dog Contests. Of course there is a Midway with a variety of rides plus food and snacks aplenty. This fair-goer is anxious to see the photography exhibit and the Horse Show and Fine Hobby + Craft shows and ...

Trent Hills Gallery Hop runs the weekend of October 4th to 5th, 2014.The show and tour features art and crafts from noted Trent Hills artists. Visit the artists in their studios, see demonstrations of their craft, and don't miss out on the opportunity to purchase some unique paintings, jewellery, sculpture & other artistic crafts for the coming holiday season.

Norwoods Fall Fair runs over the Thanksgiving Weekend October 11th to 13th, 2014. Norwood's Fair has the reputation of featuring one of the largest Autoshows, Animal Exhibits and a range of Horse Shows. A friend has entered the photo contest and there are baking + craft competitions as well with nifty prizes. But this Fair Goer is looking forward to the Classic Tractor Pull competition where oldie but still powerful rigs prove their prowess.

Light Tubes in the Forest

Select your favorite Scene for display. Choose from these Northumberland Hills Fall Scenes


Click on GO for thumbnail navigation of slides or arrow keys for previous or next slide.

Shaping of the Northumberland Hills Ontario 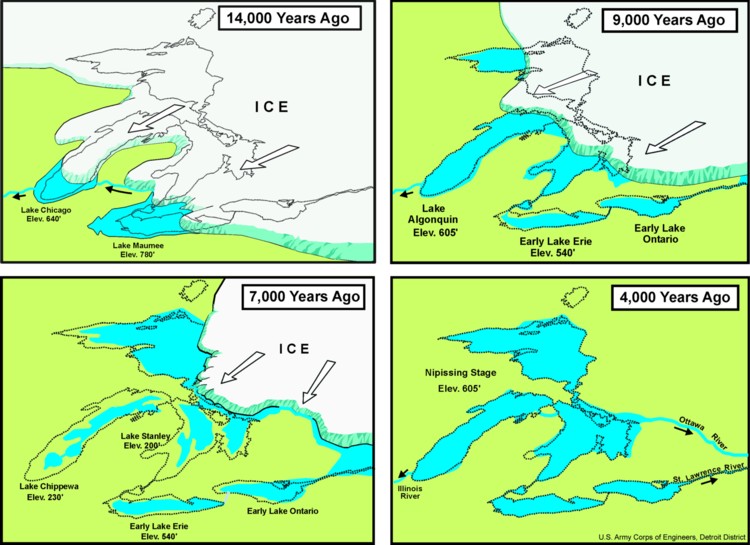